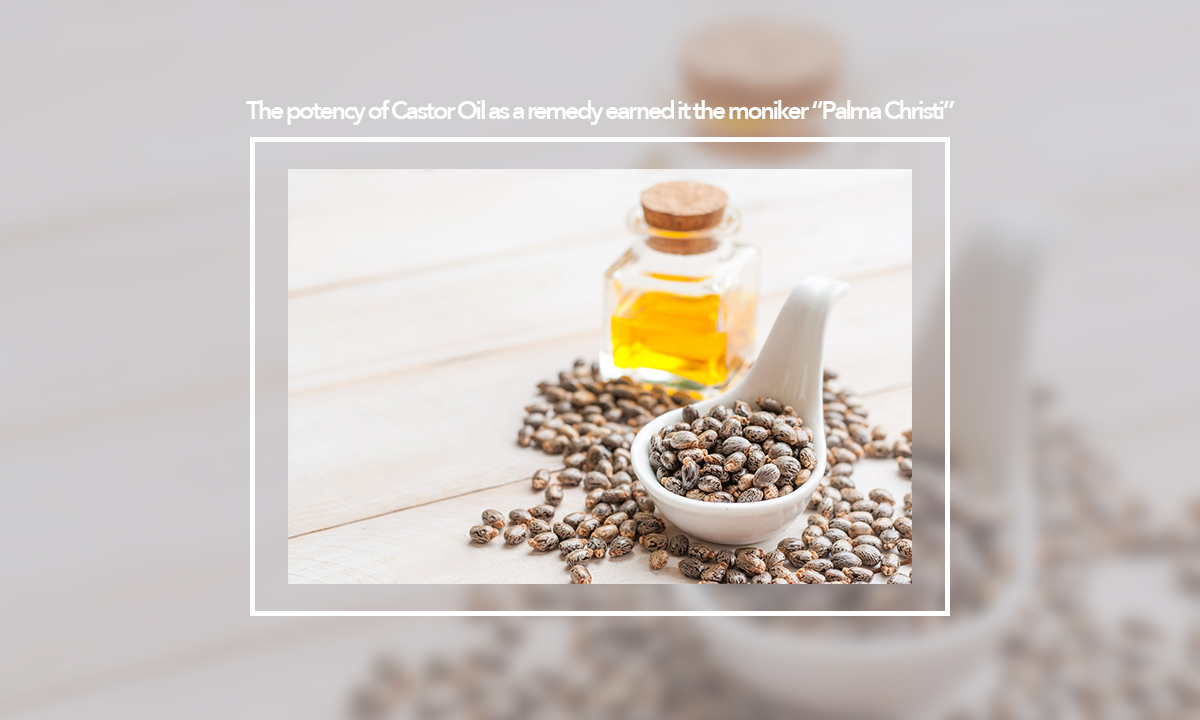 Castor oil is one of the most widely used plant extracts in the world. The plant hails from the warm regions of India, and now grows in most Mediterranean and tropical zones.

The largest exporters of castor oil include India, Brazil and China, and it is one of the primary exports of Ethiopia. Castor seeds have been found inside ancient Egyptian tombs and the plant’s medicinal properties have been written about by Herodotus, an ancient Greek Historian.

The castor plant is a large, leafy, tropical-looking plant with red or green “beans.” The castor bean is not a true bean; it is a thick round seed with small bumps on the surface.

The seeds and possibly leaves (depending on the plant’s growth) of the castor bean plant are poisonous, containing ricin proteins. In fact, raw castor beans can cause illness and even kill a child.

HOW IS CASTOR OIL EXTRACTED?

pressing method or through solvent extraction; neither grinding nor tempering can be applied to Castor seeds the way it is applied to Flax Seeds or Soy Beans.

In the industrial process of extraction, the cleaned beans are first passed through machines that remove their outer coats. The more thorough this part of the process, the lighter the resulting oil. The Castor beans are then placed in a cage press through which the crude oil is obtained. This oil is refined and bleached. The final Castor Oil is colorless or pale-yellow in color. The final oil can be stored for up to 4 years.

A press-cake develops throughout the pressing process, and any remaining oil in the cake is extracted through the use of solvent extraction. This oil is called “Number III Oil.” It is not pure, and it cannot be successfully refined.

Castor Oil helps heal wounds by stimulating the growth of new tissue, reducing dryness and preventing the buildup of dead skin cells.When you apply castor oil to wounds, it creates a moist environment that promotes healing and prevents sores from drying out. It helps to heal by stimulating tissue growth so that a barrier can be formed between the wound and the environment, decreasing the risk of infection.

It also reduces dryness and cornification, the buildup of dead skin cells that can delay wound healing.

Immunity and proper blood flow go hand in hand. If your lymphatic system does not work, you will become chronically ill. The circulatory system is crucial to keep us alive by bringing oxygen to our cells. Castor oil has been shown to help in blood flow.

Castor oil is also beneficial as a laxative – when taken orally, ricinoleic acid gets released in the intestine and then it starts functioning as a laxative. The heat created by castor oil initiates action by helping the process of digestion and cleansing the system by helping in proper bowel movement.

From ancient times castor oil is used as a natural treatment for arthritis pain, inflammation and joint pain. Castor oil has natural anti-inflammatory properties that makes it an ideal massage oil that can be applied on aching muscles and joints. You can try massaging the affected area with castor oil followed by hot water pack. If you follow this practice for a week you will feel the pain getting reduced in sometime.

5-Makes your hair stronger and thicker

Castor oil is very good for your long and shiny hair. Using castor oil twice a week can help your hair grow faster, stronger, shinier, thicker and be free of dandruff. Castor oil has omega-6 fatty acids which goes to the root of the hair and improves circulation. The antifungal and antibacterial properties of castor oil can help to remove dandruff and cure scalp infections.