How to make soy sauce and Is it bad for you? 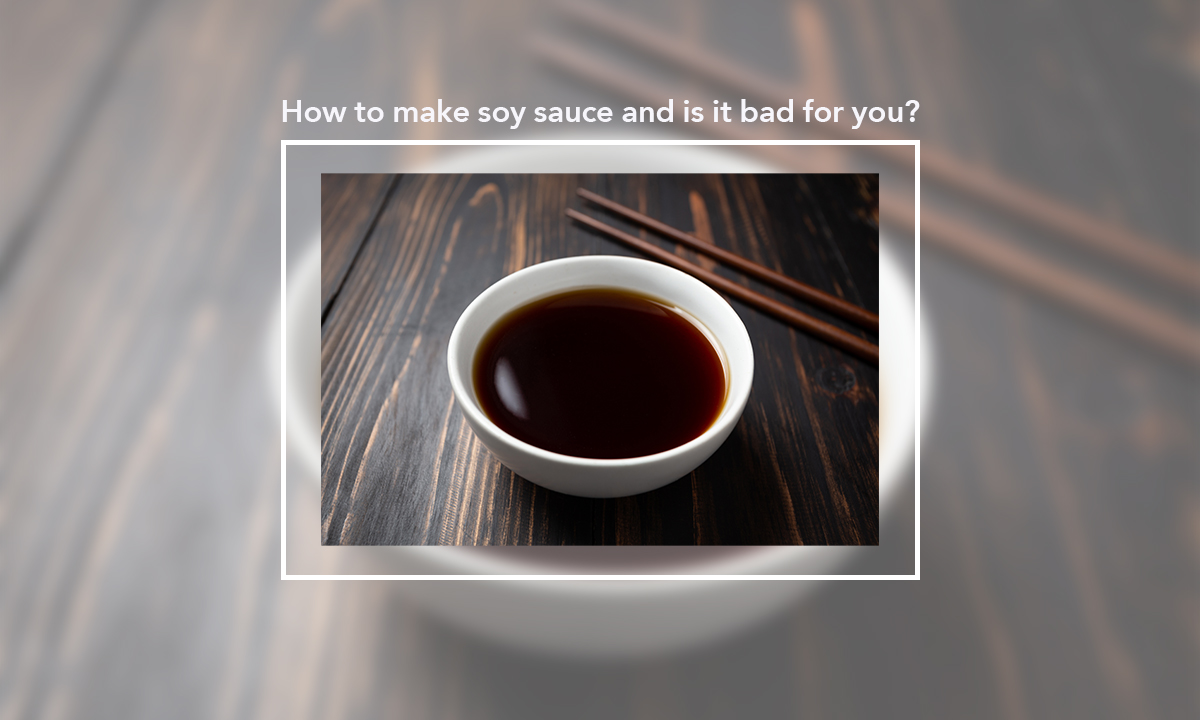 You may have doused your sushi or Chinese food with soy sauce countless times. But have you given much thought to what’s in that salty, dark liquid—and if soy sauce is any good for you?

Soy sauce: is a salty liquid condiment traditionally produced by fermenting soybeans and wheat. It is thought to have originated from a Chinese product called “chiang” over 3,000 years ago. Similar products were developed in Japan, Korea, Indonesia, and across Southeast Asia. It first came to Europe in the 1600s through Dutch and Japanese trading. The word “soy” comes from the Japanese word for soy sauce, “shoyu.” In fact, the soybean itself has named from soy sauceThe four basic ingredients in soy sauce are soybeans, wheat, salt, and fermenting agents like mold or yeast.

Regional varieties of soy sauce may have varying amounts of these ingredients, resulting in different colors and flavors.

This makes it high in salt, providing 38% of the Recommended Daily Intake (RDI). While soy sauce has a relatively high amount of protein and carbohydrates by volume, it’s not a significant source of those nutrients.In addition, the fermentation, aging and pasteurization processes result in a highly complex mix of more than 300 substances that contribute to the aroma, flavor and color of soy sauce.These include alcohols, sugars, amino acids like glutamic acid, as well as organic acids like lactic acid.The amounts of these substances change significantly depending on the base ingredients, the strain of mold and the method of production .It is these compounds in soy sauce that are often linked with its health risks and benefits.

How to make soy sauce

soybeans are heated to 176°F (80°C) and mixed with hydrochloric acid. This process breaks down the proteins in the soybeans and wheat.

However, the resulting product is less attractive in terms of taste and aroma, since many substances produced during traditional fermentation are missing. Therefore, extra color, flavor and salt are added

Additionally, this process produces some undesirable compounds that are not present in naturally fermented soy sauce, including some carcinogens

In Japan, soy sauce that is brewed in a purely chemical process is not considered soy sauce and cannot be labeled as such. However, it may be mixed with traditional soy sauce to lower costs.In other countries, chemically produced soy sauce may be sold as-is. This is often the type of soy sauce you’ll find in the small packets given with take-away meals.

Is soy sauce bad for you?

It is true that soy sauce can be high in sodium, which can be bad for people fighting high blood pressure. However, it’s also worth noting that the sauce’s strong flavor allows you to use very little of it, and you may in fact come out ahead by favoring it over a salt shaker. And that’s without even factoring in the vitamins and minerals found in soy sauce.

Soy sauce originated as a byproduct of the process of fermenting soybeans into miso and, as any good health nut should know, soybeans are packed with nutritional value. It shouldn’t come as any surprise that soy sauce managed to make off with some of this as well. Firstly, soy sauce contains niacin, which is great for heart health. It regulates fat content in the bloodstream and promotes the production of the good variety of cholesterol. Considering that soy sauce contains a scant ten calories per tablespoon, its niacin levels are deemed quite high.

Additionally, soy sauce contains some trace antioxidants and a good supply of tryptophan. These work to promote health, facilitate sleep, and even improve your mood. All in all, a little bit of soy sauce goes a long way.

To view the sauce filling machine from Cubii company for filling and sealing of plastic cups, click on the following link