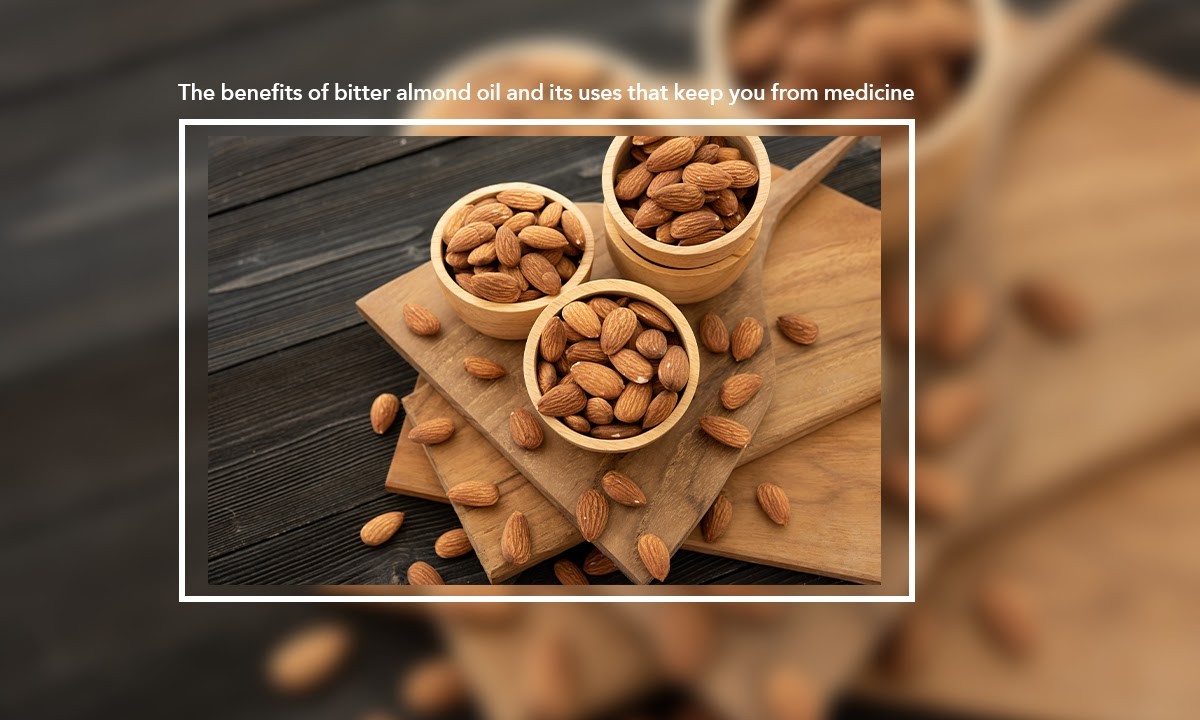 The benefits of bitter almond oil for the body are numerous, and it is considered one of the most beneficial natural oils. The benefits of almond oil in general are extracted from the almond tree that is cultivated in West Asia and North Africa, and today the tree is widely cultivated in Spain, Turkey, Morocco, Tunisia and Egypt, and almonds can be harvested and used, while the essential oil is also can be used in several things, There are many health benefits of bitter almond oil that we will learn about in this article.

The health benefits of bitter almond essential oil can be attributed to its properties, and among its benefits is that it can be used as an antibacterial, anti-fungal, sedative, anesthetic, diuretic, anti-cancer, antispasmodic, and many more benefits and uses that we will learn about in this article.

Bitter almond oil contains some deadly toxins, and therefore it should be used with utmost care, and most medicinal uses are limited to external uses and internal uses are only when needed and this is done in very low doses.

1. It prevents the growth of fungi:

Since ancient times, bitter elements (such as quinine) have always been used as inducers, and the reason behind this is that all bitter elements contain alkaline compounds and are more or less toxic in nature, and this toxicity and bitterness effectively prevent infections caused by bacteria, parasites or viruses. In the body, this reduces fever, which is why bitter almond oil is used in very low doses to treat chronic fevers, and these applications although they are useful in reducing fever, but they can have negative effects, especially on the body.

Using this oil can make you avoid a fungal infection, and this is a good solution to avoid fungi in the skin, especially in the area of ​​the feet. So, by using this oil, it will help eliminate fungi in the affected area.

Some studies have shown that bitter almond oil has antispasmodic properties.

The two components of bitter almond oil (hydrogen, cyanide and benzaldehyde), are extremely toxic to animal life as well as to bacteria, germs, fungi and viruses, so it can be used efficiently as a bactericide, anti-viral and fungi, and it can be used in the treatment of infections related to viruses, germs and fungi.

This essential oil is anti-bacterial, which is very useful for eliminating germs, and it can help to avoid bacterial infection, moreover it can maintain the health of the body by eliminating the diseases caused by bacteria in the body, and using it externally can give The same health benefits as showering with Dettol Anti-Bacterial soap.

5. It has a calming effect:

The compound semicoside glycoside amygdalin, which is found in bitter almond oil, affects the nerves and makes them insensitive to any sensation, even pain, as this leads to numbness and anesthetic effects, however it should be applied externally for the purposes of local anesthesia only, and it should be avoided for the purpose of general anesthesia. To be a killer

Being toxic in nature, bitter almond oil cannot be swallowed, as if swallowed it causes frequent loose movements in the intestine and causes vomiting, and thus it was and is still in use as an effective disinfectant if any toxins are ingested and we need to get rid of them through vomiting. However, the dose used should be very low and light or it may have severe adverse effects.

The body has a natural tendency to remove toxic substances that are inside the body through sweat, urine and excrement, so when bitter almond oil is ingested in very small quantities, the body tends to excrete it through frequent urination, and this frequent urination helps you lose weight and relax the body, and when Combined with its narcotic and sedative effects of this oil, it causes lower blood pressure. 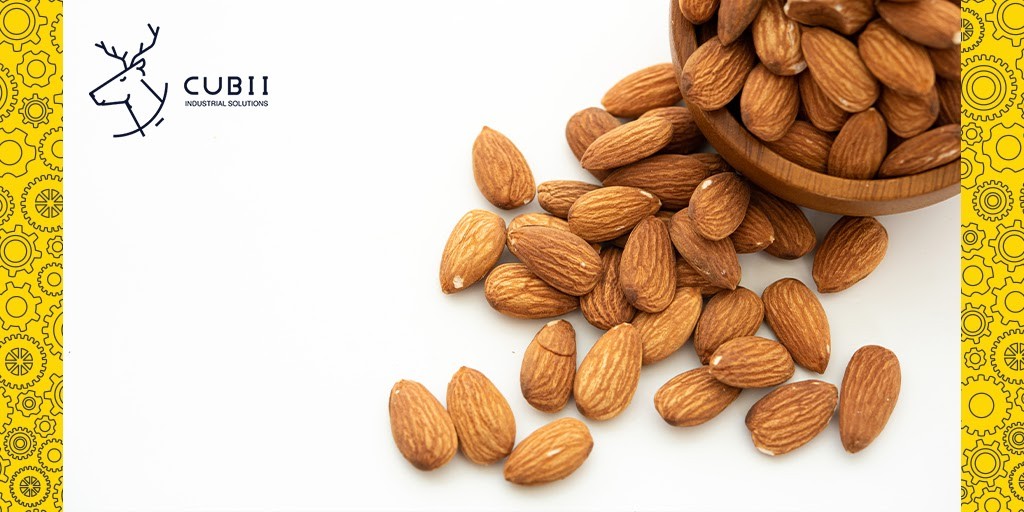 Recent research has shown that the toxicity of bitter almond oil (due to the presence of hydrogen cyanide or hydrocyanic acid) is good for inhibiting the growth of cancer cells in certain types of cancer.

Bitter almond oil can help to avoid cancer cells from growing, and moreover it helps stimulate the good cells to replace the cancerous cell.

Bitter almond oil makes the body vital in various sensory organs, which helps to strengthen and strengthen the body, and moreover it helps to avoid stress that may lead to depression.

It can be used as an effective moisturizer and laxative, and through its use it can reduce the incidence of aging, and prevent cracking of the skin, so it will help in maintaining the health of the skin.

Bitter almond oil is widely used in the components of hair products, as it helps to strengthen the hair, and moreover it benefits the shine of hair, so it is common to use almond oil as a hair conditioner or hair tonic, and it also has a good smell in

Despite the benefits of bitter almond oil, due to its toxic nature, it should be used with extreme caution and in very small quantities, either externally or internally. It should also not be used at all by pregnant and lactating women, infants, children, the elderly, and the sick.

You should also be careful not to take bitter almond oil with sedative medications that cause depression of the central nervous system because the interaction may be toxic or cause very severe drowsiness.

Benefits of bitter almond oil for skin and face:

Bitter almond oil has many health benefits for the skin, as its use topically on the skin works on:

Maintaining healthy skin, because it contains antioxidants, which protect the skin from ultraviolet rays and avoid skin damage.

Treatment of dark circles, by placing it around the eye with regularity for two weeks, in order to notice the result.

Treatment of darkening of the skin, by mixing it with honey and lemon juice, and placing it on the area affected by the darkening.

Treating psoriasis and eczema, by deeply moisturizing the skin, using bitter almond oil, and bitter almond oil is anti-allergic, and thus reduces skin diseases, and works to relieve symptoms such as itching.

Treating rashes, almond oil is considered a natural and highly effective treatment for rashes, compared to manufactured creams that contain zinc, because bitter almond oil is rich in zinc, and it does not have any bad side effects.

Benefits of bitter almond oil for the skin

One study showed that women who massaged the skin with bitter almond oil during pregnancy reduce stretch marks, compared to women who used the oils without massage.

It is recommended to use bitter almond oil daily, between two to three weeks, to get noticeable results.

The benefits of bitter almond oil for the sensitive area:

The vagina becomes dry and unhealthy when estrogen and progesterone are low.

Almond oil can also be used after dilution, or mixed with other natural materials, in order to treat the darkening of sensitive areas, as it works to unify the color of the skin, and treat many skin problems.

Studies have proven that a 15-minute massage, using bitter almond oil, reduces the appearance of stretch marks during pregnancy.

Bitter almond oil can also be used as a skin moisturizer, to reduce skin dryness during pregnancy, and it is also used topically to massage the pubic area and the vagina, to enhance blood flow to the area, increase skin elasticity, and help the skin to stretch.

The benefits of bitter almond oil in the treatment of fungi:

Since ancient times, bitter-tasting ingredients have always been used as an antifungal.

The reason behind using bitter almond oil may be that all bitter elements contain alkaline compounds, this toxicity and bitterness, effectively prevent the growth of infection from bacteria, protozoa, or viruses in the body and thus reduce fever.

This calculator calculates the body mass index, which is a person’s weight in kilograms divided by the square of his height in metres, and is used as a measure to determine the height of body fat, and a tool for dividing weights into categories that are associated with their increase in the development of certain health problems related to obesity.

CAUTION: BMI is not a substitute for a thorough medical examination for high body fat and related diseases, and should not be used for these purposes.

To view the food oil filling machine from cubii company, it is suitable for filling high and medium viscosity liquids and also high temperature liquids with very high filling accuracy. Click on the following link 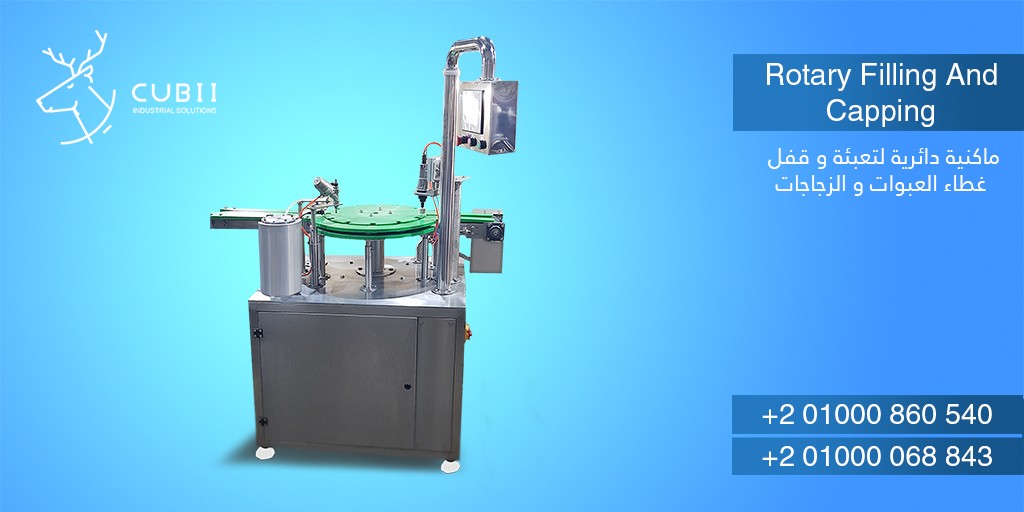