History of lathes and how to achieve safety when using it 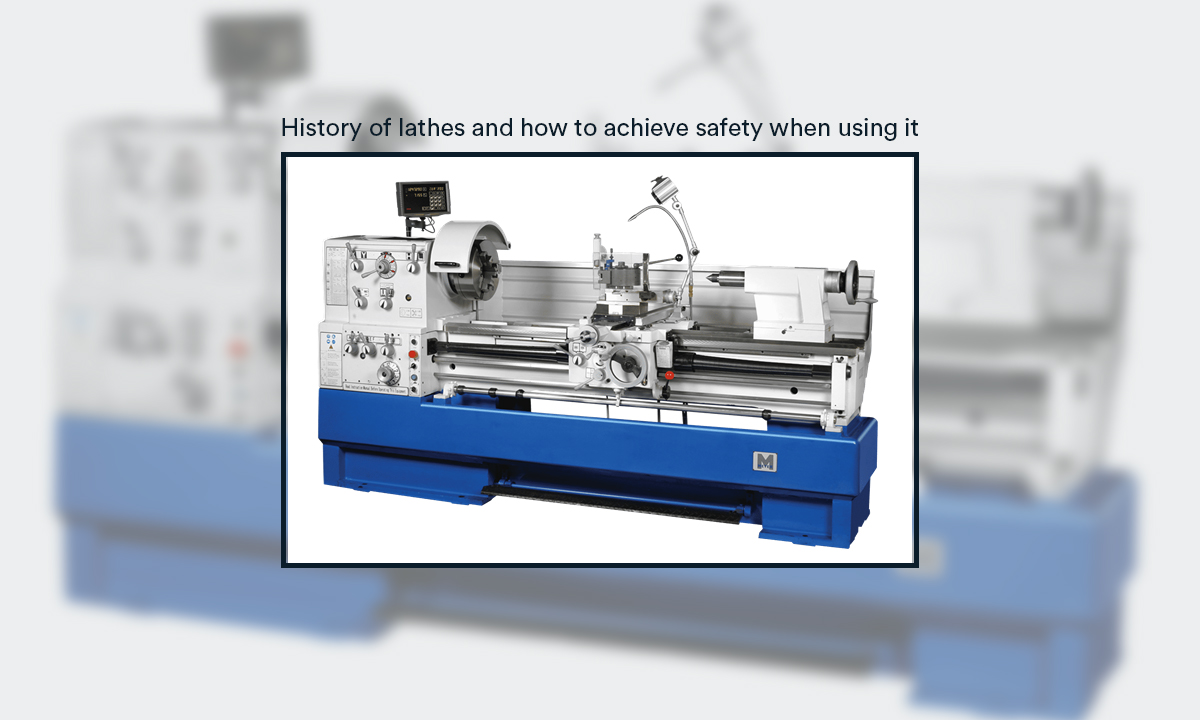 A lathe is an essential machine used in the manufacturing industry. Among other things, it can be used to cut, sand and turn workpieces. Not to be confused with milling machines, lathes are designed to rotate a workpiece against a tool bit. The workpiece rotates against a stationary tool bit, such as a blade or drill bit. While there are different types of lathes, most feature a few basic parts to facilitate their operations.

The lathe is an ancient tool. The earliest evidence of a lathe dates back to Ancient Egypt around 1300 BC.There is also tenuous evidence for its existence at a Mycenaean Greek site, dating back as far as the 13th or 14th century BC.

Clear evidence of turned artifacts have been found from the 6th century BC: fragments of a wooden bowl in an Etruscan tomb in Northern Italy as well as two flat wooden dishes with decorative turned rims from modern Turkey.

During the Warring States period in China, c. 400 BCE, the ancient Chinese used rotary lathes to sharpen tools and weapons on an industrial scale.

During the Industrial Revolution, mechanized power generated by water wheels or steam engines was transmitted to the lathe via line shafting, allowing faster and easier work. Metalworking lathes evolved into heavier machines with thicker, more rigid parts. Between the late 19th and mid-20th centuries, individual electric motors at each lathe replaced line shafting as the power source. Beginning in the 1950s, servomechanisms were applied to the control of lathes and other machine tools via numerical control, which often was coupled with computers to yield computerized numerical control (CNC). Today manually controlled and CNC lathes coexist in the manufacturing industries.

Safety procedure when dealing with lathes:

All lathe operators must be constantly aware of the safety hazards that are associated with using the lathe and must know all safety precautions to avoid accidents and injuries. Carelessness and ignorance are two great menaces to personal safety. Other hazards can be mechanically related to working with the lathe, such as proper machine maintenance and setup. Some important safety precautions to follow when using lathes are:

1-Correct dress is important, remove rings and watches, roll sleeves above elbows.
2-Always stop the lathe before making adjustments.
3-Do not change spindle speeds until the lathe comes to a complete stop.
4-Handle sharp cutters, centers, and drills with care.
5-Remove chuck keys and wrenches before operating
6-Always wear protective eye protection.
7-Handle heavy chucks with care and protect the lathe ways with a block of wood when installing a chuck.
8-Know where the emergency stop is before operating the lathe.
9-Use pliers or a brush to remove chips and swarf, never your hands.
10-Never lean on the lathe.
11-Never lay tools directly on the lathe ways. If a separate table is not available, use a wide board with a cleat on each side to lay on the ways.
12-Keep tools overhang as short as possible.
13-Never attempt to measure work while it is turning.
14-Never file lathe work unless the file has a handle.
15-File left-handed if possible.
16-Protect the lathe ways when grinding or filing.
17-Use two hands when sanding the workpiece. Do not wrap sandpaper or emery cloth around the workpiece. 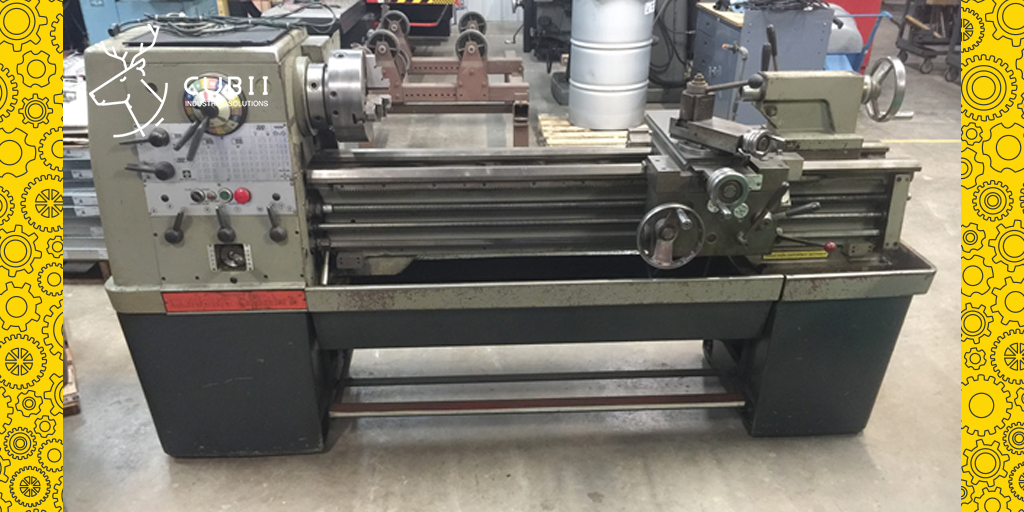 Exploring the Different Parts of a Lathe;

You can know more about CUBII company and the galleries which CUBII participated and competed in it  by watching this video till the end :