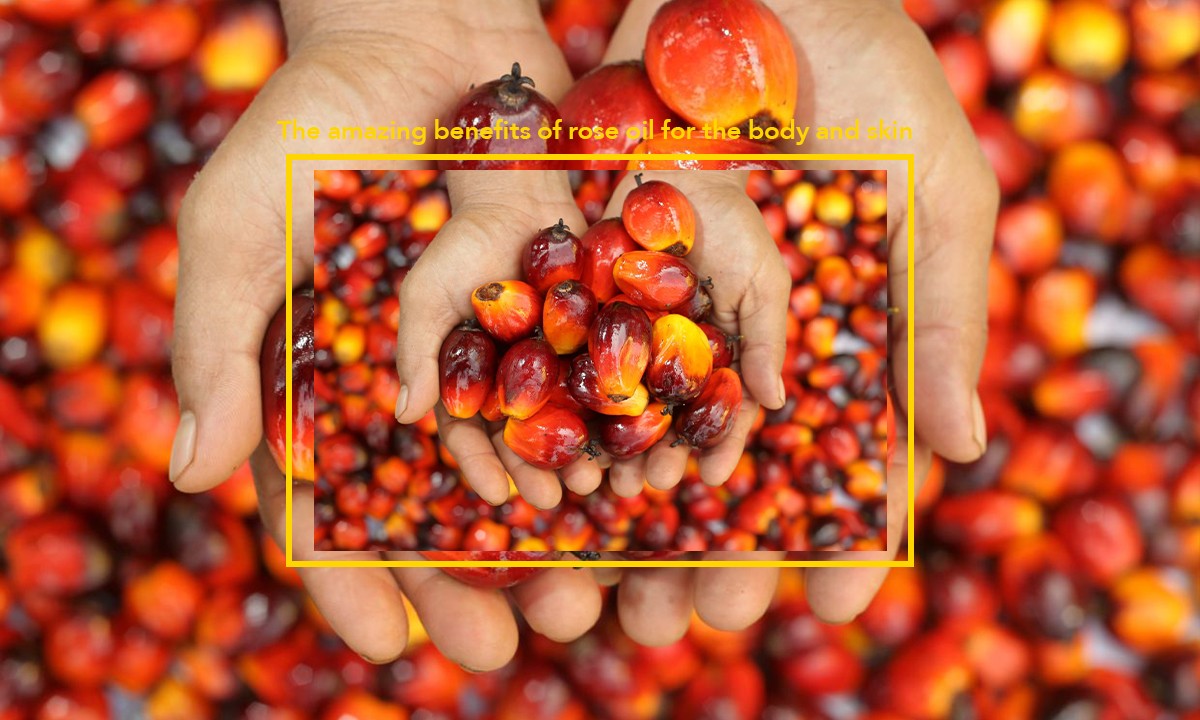 What is palm oil?

Palm oil is extracted from the fruits of palm trees, and has a reddish-orange color in its natural, unrefined formula.

Today, central palm oil is manufactured in Southeast Asia, with Malaysia and Indonesia producing more than 80% of the oil consumed in the world.

Palm oil is one of the most popular oils in the world because it is the least expensive to the consumer. It differs from palm kernel oil, as the first is made from the same fruit, while the second is from the hard seeds in it.

How is palm oil used?

To begin with, palm oil has an earthy taste, as some liken it to the flavor of carrots or pumpkin, and its taste fits very well with the spices of the West African region, especially curries and spicy dishes.

Palm oil has many uses. It is used in cooking, whether frying or deep frying, because its burning temperature is high, up to 232 degrees Celsius.

In addition, palm oil is often used in the manufacture of foods with a soft and firm texture, such as peanut butter and chocolate spread, in order to protect the rest of the oils in them from separating from the rest of the compounds.

We can also find palm oil in other non-food manufactured products, such as toothpaste and cosmetics, and even with fuel as an alternative source of energy.

Palm oil is often considered safe when consumed in moderate quantities, as it contains a type of fat that can increase cholesterol levels, so it should not be taken too much. It is possible to consume palm oil as a medicine by pregnant women during the last stages of pregnancy, but there is not enough information about the safety of its consumption in a medicinal dose by the nursing mother, so it is preferable to take it in moderate amounts in food.

These types of fats are different types of fatty acids such as palmitic, oleic, linoleic and stearic acids.

In addition to these acids, palm-red oil contains an antioxidant called carotenoids, a substance that the body converts to vitamin A when consumed.

Palm oil is associated with many health benefits that it brings to the human body, both at the level of brain and heart health and even improving the level of vitamin A in the body:

Palm oil contains tocotrienols, a form of vitamin E that has antioxidant properties that may support brain health.

Thus, palm oil may contribute to protecting the brain from the development of dementia and from dangers such as stroke and brain cancer.

Despite the controversy surrounding the effect of palm oil on the heart, you may be surprised that it is attributed to promoting heart health, as it works to reduce harmful cholesterol and increase the level of good in the blood.

In a study conducted to compare palm oil and olives, eating two tablespoons of each variety daily led to an equal decrease in the level of harmful cholesterol, up to 15%, which explains the treatment of palm oil as a tropical alternative to olive oil.

As mentioned earlier, red palm oil contains beta-carotene, which the body converts into and absorbs vitamin A.

Palm oil is an easy source for the body to absorb vitamin A from. A study conducted on cystic fibrosis patients who have difficulty absorbing fat-soluble vitamins found that their vitamin A levels increased as a result of oil consumption.

It is important to note here that carotenoids are present in red palm oil only and the oil loses it when it is processed during manufacturing.

To view a previous article on what is paraffin and what it is used for, click on the following link:https://cubii.co/en/what-is-paraffin-and-what-are-its-uses/

To view the automatic bottle filling and sealing machine, click the following link: